Google’s Mobile First Index Already Rolled out for Some Sites

We discussed a couple of months ago about how Google was set to implement what is known as the mobile first index. This is basically a substantial update to Google’s algorithm and it affects how information is sought by Google. Specifically, this relates to websites that have both a mobile version and a desktop version rather than a design that is responsive to both platforms. Google is now about to prioritise mobile above all else and it is already being rolled out for some sites.

Our favourite search engine can cause great frustration for web designers and business owners when it comes to updates as the company is not known for giving out any specific timelines and instead, tends to roll out their updates over time. This is also the case with the mobile first index and it is currently being rolled out for several sites with the general aim to be to release this update over time and it is currently a little unclear as to why some sites have already made the switch and some have not.

When probed, Google responded by stating that sites that are related to the Google index have been switched over – that’s quite a lot of websites! However, the company was quick to reassure stakeholders that the index is very much still in the testing phase and it will be released incredibly slowly. What we took from this is that there doesn’t seem to be a set time for when the mobile first index will be fully implemented.

No Timelines with Google

The admission may have come as a surprise to some but this is classic behaviour from Google so if you’re already prepared for the index then you don’t really have to worry. Google has actually selected sites with the aim of providing “classifiers” and these will help define if a site is ready or not for the mobile first index when it comes to factors such as multimedia, links, content etc. This essentially means that you can begin to prepare for this change by taking a look at the infrastructure of your site.

You want to be eligible for ranking on the new index and we will be giving you some tips and tricks on how to give yourself the best possible chance of indexing over the next few weeks in our blog. The important thing to remember is that Google will not roll out an update of this magnitude until they are absolutely certain that it will be a success so keep an eye on our blog and we will bring you more information on this development as we get it. 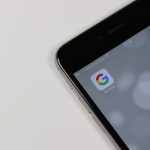 What You need to Know about Accelerated Mobile Pagesblog