Can Social Media be Regulated?

Social media regulation has been a hot topic as of late and the general consensus is that social media platforms such as Facebook and Twitter need to put more effort into ensuring that the news displayed on their sites is of a higher accuracy. You have probably heard the term “fake news” being spouted around the media recently and although social media regulation is not a new trend, it is growing in prominence so should social media be regulated?

The issues arise when you consider the pace at which technologies and social media platforms evolve. It could be challenging to keep legislation relevant and those regulating the industry may struggle to keep up unless the legislation is highly generic. The debate does raise some great points however and we can definitely see a company such as Facebook implementing systems that would allow for the authentication of raw data. This could be used to increase the quality of news pieces passing through the site.

Authenticating content that is published on social media could be the way forward. To us, a pragmatic approach would be sensible at first and guidelines would have to be constructed as to what can and cannot be communicated. A consistent amount of social media users do not take moral responsibility for the content that they post so regulating this data could help promote a higher quality of news being outputted by social media channels. Ultimately, the social media landscape is both fast-paced and dynamic and there are many issues that would have to be addressed.

It certainly is an interesting topic and one that we will continue to monitor. We can definitely see some systems put in place for social media regulation in the not too distant future and we have a few ideas of our own as to how this could be achieved. Leave a comment below with any ideas of your own and we will happily add them to this post. 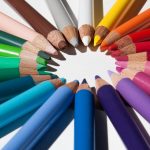 A Picture Speaks 1000 Words so use Graphic Design Onlineblog 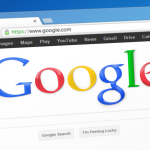